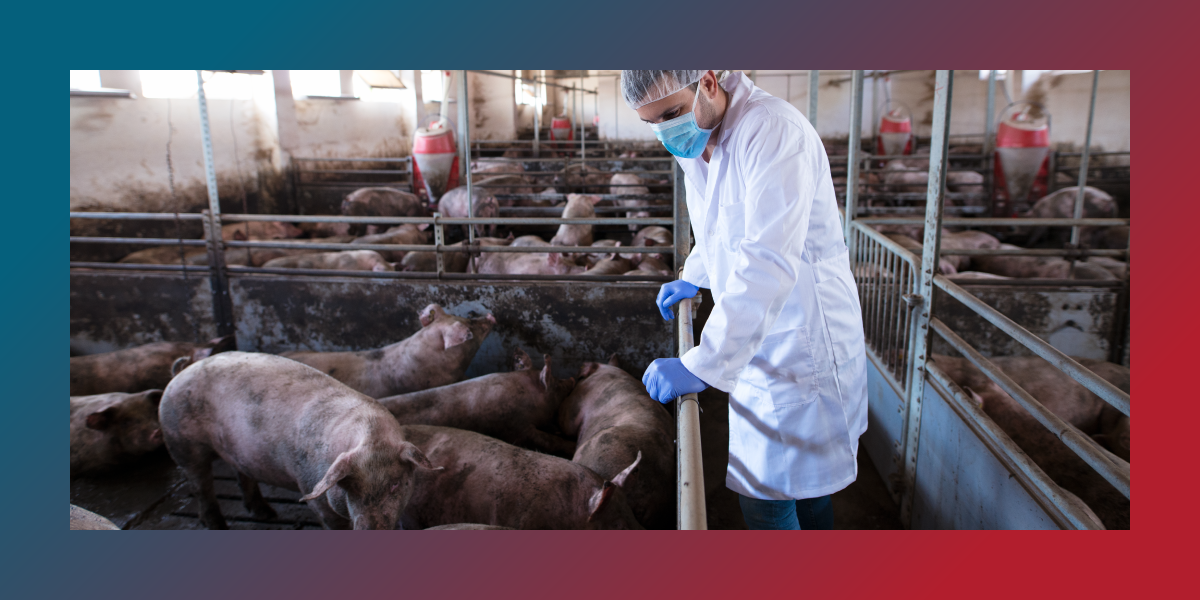 Animal vaccination against Type A influenza could drastically reduce risk of the next pandemic.

As cases of COVID-19 continue to rise, experts are raising alerts regarding the likelihood of the next pandemic, likely originating from a family of zoonotic influenza strains well-positioned for the jump from animals to humans.

When influenza transmits within certain important animal hosts (such as bats, pigs and birds living in close proximity to humans), mutations can occur that enable transmittal between species. The jump from animals to humans is especially worrying to those focused on the prevention of the next pandemic, as it can lead to virulent strains to which humans have little developed immunity.

Sporadic transmission of zoonotic influenza has occurred between animals and humans in the past, causing symptoms and diseases ranging from mild forms of conjunctivitis (pinkeye) to severe pneumonia and even death. And while most historic cases of zoonotic influenza did not have a widespread impact on human health, experts believe it is only a matter of time before they will. Should a virus mutate in a way that enables effective spread between human hosts, infections could quickly scale to pandemic levels as yet unseen in the human population.

Although human infections of zoonotic influenza often occur through direct contact with infected animals or contaminated environments, epidemiological drivers such as climate change, industrial development, social inequality and the swift alteration of natural ecosystems have left the world more susceptible to bacteria and viruses. With humans and animals living in ever-increasing proximity, vulnerable populations face an increased risk of infection, especially in less-developed locations, where a lack of animal vaccination combined with hygiene and sanitation issues create perfect conditions for viral spread.

The COVID-19 pandemic has shown just how quickly a virus can spread in today’s interconnected world, where international trade and travel are daily occurrences. In the case of sustainable spread between humans, containment quickly becomes a near-impossible feat. The only effective way to address this type of viral threat is to stop it before it occurs—by focusing efforts and funds on animal vaccination as a critical component of pandemic prevention.

This means stopping viruses at their source, by ensuring animal vaccination occurs in veterinary populations likely to come into heavy contact with both humans and other animals. The obvious subjects are those used for food production and agricultural purposes worldwide, such as chickens, turkeys and pigs. Current best practice calls for total herd destruction upon identification of influenza within a given animal population – a sweeping action with widespread impact to vulnerable farmers and agricultural communities, reflected in rising costs which are passed on to consumers worldwide.

Inoculation in these high-risk species and populations will not only circumvent the destruction of animal populations, it’s an essential strategy for supporting prevention of the next pandemic. The cost of animal vaccination is easily offset by the increased health and safety of veterinary populations, as well as the subsequent reduction of impact to global supply chains – all while mitigating exposure of humans to potential zoonotic pandemic caused by influenza.

While significant advances in zoonotic virus detection and vaccine development are already underway, lapses in public funding for early detection efforts such as PREDICT (launched in response to the 2009 outbreak of avian influenza) plus a global failure to adequately invest in other prevention efforts have left the world especially vulnerable to novel strains of type A influenza and other viral threats.

With this in mind, scientists around the world have been focusing their efforts on the development of vaccines and therapeutic treatments for type A influenza, both in humans and animals. Researchers at EnGen Bio have recently made groundbreaking advancements that may lead to production of a universal vaccine for type A influenza—a development with immense potential for preventing the next zoonotic pandemic.

By offering the potential for effective protection and lifetime immunity against all strains of type A influenza, a universal vaccine could prevent and suppress outbreaks of animal influenza before the virus had the chance to jump to the human population—and that’s in addition to the tremendous savings in lost-livestock costs. A potential shelf-stable universal vaccine from EnGen would have immediate application to delivery and use in developing countries, providing the most vulnerable populations (those engaging in agricultural production, and/or living in close proximity to animals) with effective protection from zoonotic transmission. Such a vaccine could be an incredible advancement in the fight against future pandemics, with immense positive impact on global health.

In order to prevent another global pandemic of COVID-19 proportions, heavy investment in efforts focused on reinventing public health, vaccine creation and viral prevention are critical. Collaboration between researchers focused on veterinary, ecological and agricultural care of animal populations, and virologists around the world will be paramount to homing in on animal disease prevention and vaccination efforts to prevent zoonotic pandemic. Our lives may literally depend on it.

Visit EnGenBio.com to learn more about EnGen’s groundbreaking research, and how you can participate.

What Bill Gates is afraid of

What We Can Learn from the Spanish Flu

A vaccine and therapy to provide lifetime immunity to Type A flu.